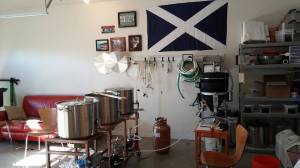 Boiling the first new one

Long time coming, but better late than whenever. A fit of je ne sais quoi pulled the release on this and it’s on. Let’s see where it goes.

I made my first batch of beer, an extract stout from a kit, soon after turning 21 in Berkeley, California. There was a home brewing store way down on San Pablo Avenue, in El Cerrito, actually. It must have been 1983. Stovetop beer, plastic buckets, bottles everywhere, a complete mess. No clue. I wish I could remember more about it, other than I couldn’t believe how cheap it was to make my own beer, and some friends who seemed very happy to watch and help ingest the evidence. One guy, Mike, came over and saw what I was doing – boiling a batch in a cheap enamel-covered tin canning pot on the electric stove in the apartment I shared with three young women. I didn’t care for Mike much, but he wanted to learn even though he needed a few years to be legal. I showed him the steps, and forgot about it. A few months later I found myself at a party in his apartment. Eight 5-gallon plastic fermenters, festooned with bubbling airlocks, lined the hallway between the kitchen and his bathroom. Mike clearly had launched himself, found something bigger and better. It might have been envy, but regardless – at the time I thought his brewing mania broadened his idiocy. I wonder if Mike still brews.

I’ve become Mike. I wonder what’ll become of me. 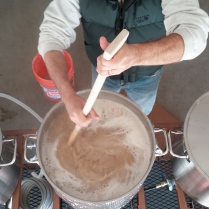 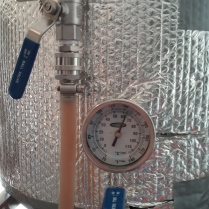 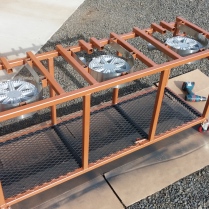